The number of records collected by the on-line bird recording portals run by the EBP project partners reached a new record in 2015: 40 million! This means 19% more records than in 2014, and 140% more than in 2010. During the last 5 years, the recording activity has been increasing permanently, a pattern easily seen in the animated heat map shown below. 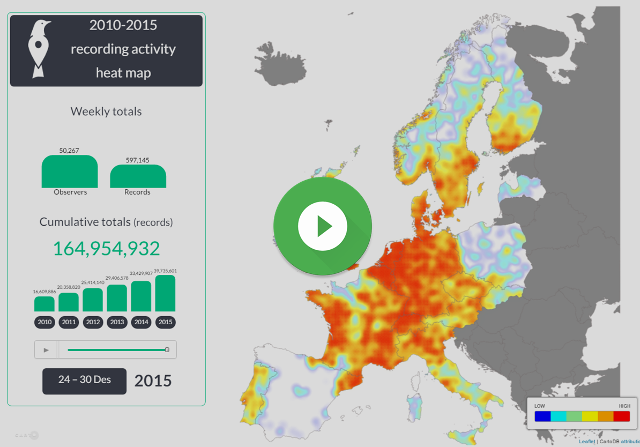